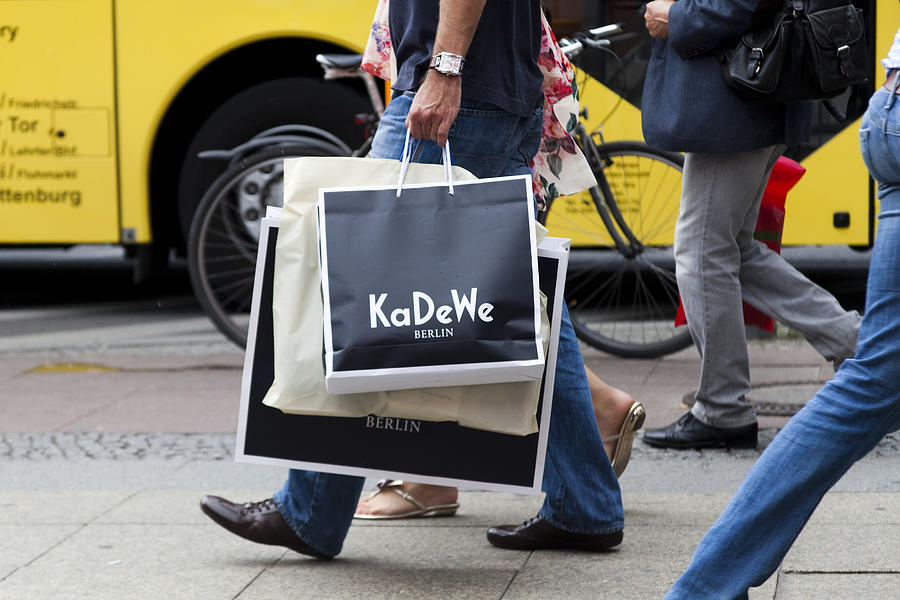 BERLIN, GERMANY - AUGUST 19: A man carries a bag of the brand KaDeWe during the end-of-summer sales on August 19, 2011 in Berlin, Germany. Growth in the German economy, which is Europe's largest, recently slowed to only 0.1% in the last quarter and the news contributed to growing financial malaise within the European Union as member countries grapple with high debt and weak economic growth. (Photo by Carsten Koall/Getty Images)