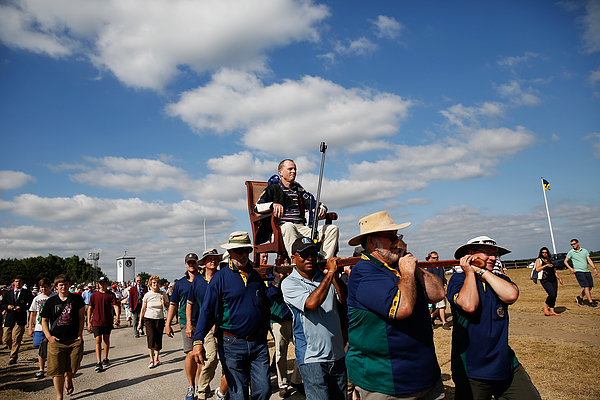 BISLEY, ENGLAND - JULY 20: James Corbett from Australia is carried from the range and through the shooting centre after winning the HM Queen's prize final during the NRA Imperial Meeting at the National Shooting Centre on July 20, 2013 in Bisley, England. (Photo by Harry Engels/Getty Images)