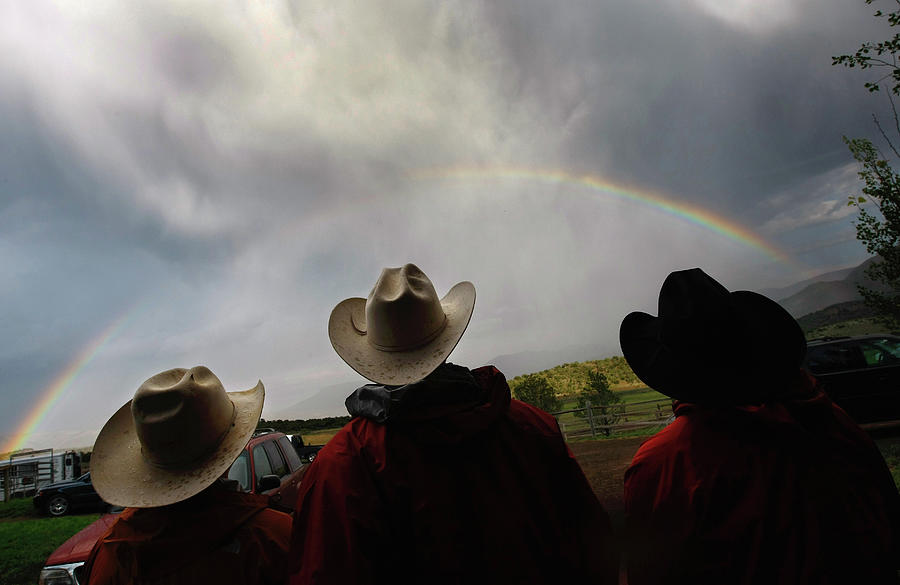 MCCOY, CO - JULY 31: Severely wounded U.S. servicemen gaze upon a rainbow following an afternoon thunderstorm on July 31, 2009 at the Yarmony Lodge near McCoy, Colorado. A group of a dozen war wounded and their families participated in the Vail Veterans Program summer retreat. The program is designed to help recently severely wounded U.S. military forces rehabilitate and rebuild confidence through outdoor activities, including rafting, fly fishing, skeet shooting and horseback riding. Most of the wounded are flown in from Walter Reed Army Medical Center in Washington, D.C. Some 250 wounded troops have participated, both in the summer and winter programs since 2004. The visits to the Rocky Mountain retreat have been incorporated into Walter Reed's rehabilitation program for troops who have suffered from traumatic injuries, including amputations, brain injuries and other severe wounds, most of which sustained in combat in Afghanistan and Iraq. (Photo by John Moore/Getty Images)