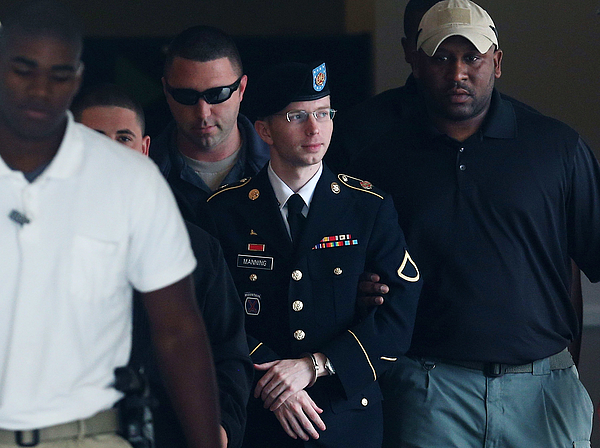 FORT MEADE, MD - AUGUST 20: US Army Private First Class Bradley Manning is escorted out of a military court facility during the sentencing phase of his trial August 20, 2013 in Fort Meade, Maryland. Manning was found guilty of several counts under the Espionage Act, but acquitted of the most serious charge of aiding the enemy. (Photo by Mark Wilson/Getty Images)