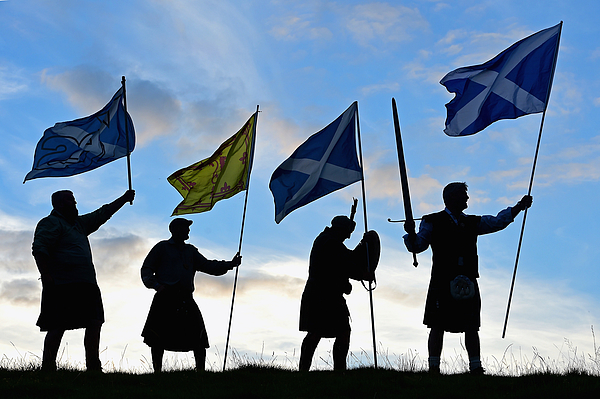 LOCH LOMOND, SCOTLAND - SEPTEMBER 14: Duncan Thomson, Brian McCutcheon, John Patterson and Arthur Murdoch,from King of Scots Robert the Bruce Society, hold the Scottish flags as they prepare to vote in the Scottish independence referendum on September 14, 2014 in Loch Lomond. The latest polls in Scotland's independence referendum put the No campaign back in the lead, the first time they have gained ground on the Yes campaign since the start of August. (Photo by Jeff J Mitchell/Getty Images)