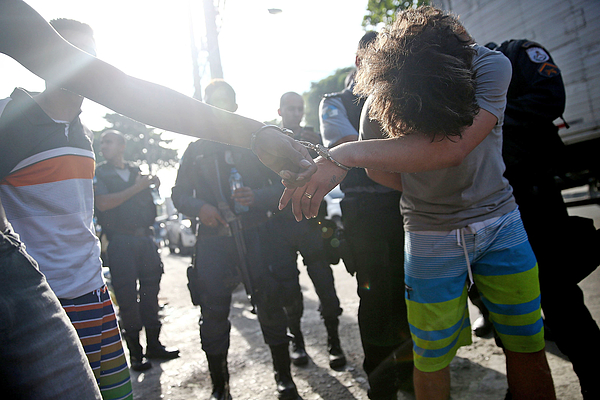 RIO DE JANEIRO, BRAZIL - MAY 13: Suspects are handcuffed during a joint operation including the CORE police special forces near the Complexo do Alemao pacified community, or 'favela' on May 13, 2014 in Rio de Janeiro, Brazil. Ahead of the 2014 FIFA World Cup, Rio has seen an uptick in violence in its pacified slums. A total of around 1.6 million Rio residents live in shantytowns, many of which are controlled by drug traffickers. (Photo by Mario Tama/Getty Images)