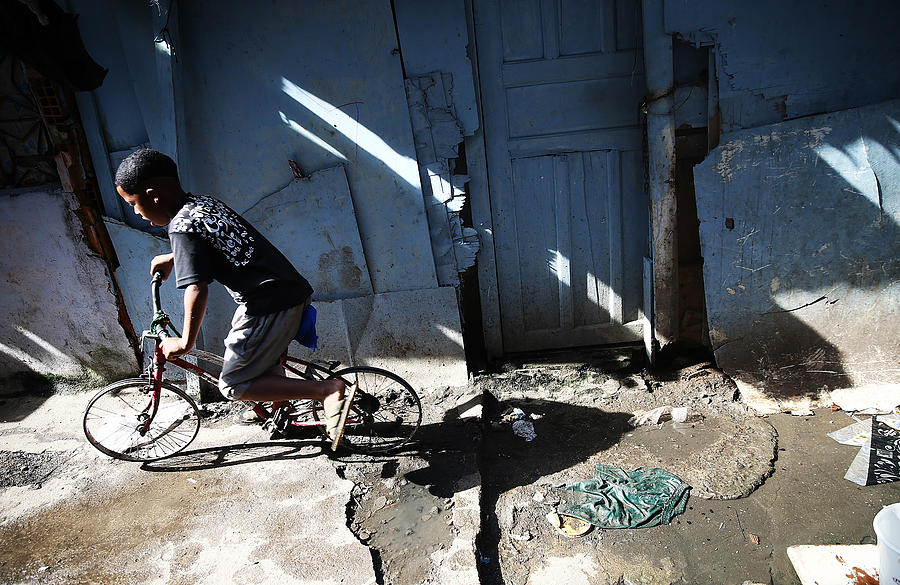 RIO DE JANEIRO, BRAZIL - APRIL 19: A boy rides past on a bike with no tires in an impoverished section of the occupied Complexo da Mare, one of the largest 'favela' complexes in Rio, on April 19, 2014 in Rio de Janeiro, Brazil. The Brazilian government has deployed nearly 3,000 federal troops to occupy the group of violence-plagued slums ahead of the June 12 start of the 2014 FIFA World Cup. The group of 16 communities house around 130,000 residents and had been dominated by drug gangs and militias. Mare is located close to Rio's international airport and has been mentioned as a likely pacification target for the police amid the city's efforts to improve security ahead of the 2014 FIFA World Cup and Rio 2016 Olympic Games. (Photo by Mario Tama/Getty Images)