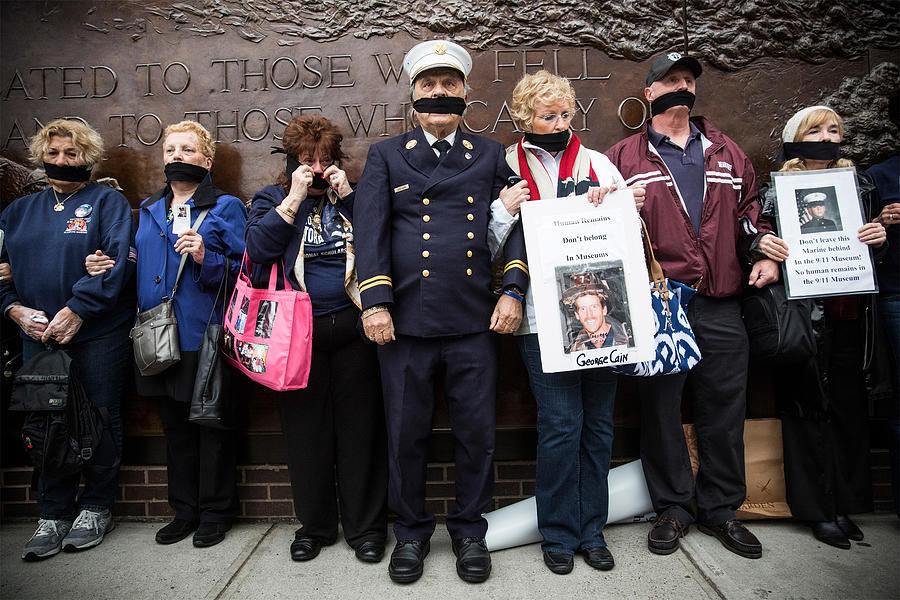 NEW YORK, NY - MAY 10: Al Santora (C), father of firefighter Christopher Santora, a victim of the September 11, 2001 attack, and other victim's family members protest the decision by city officials to keep unidentified human remains of the 9-11 victims at the 9-11 Museum at the World Trade Center site, on May 10, 2014 in New York City. The decision by city officials to keep the remains at the museum until they are able to be identified has drawn both support and criticism by families of victims. The remains were moved early this morning from the medical examiner's repository to the 9-11 Museum. (Photo by Andrew Burton/Getty Images)