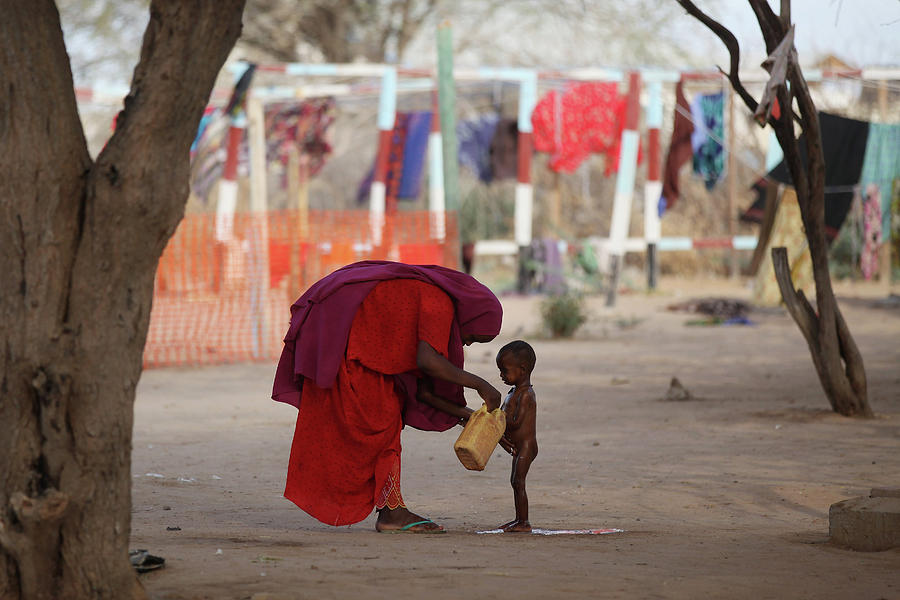 Refugees Flock To Dadaab As Famine

Refugees Flock To Dadaab As Famine

DADAAB, KENYA - JULY 22: A mother washes her malnourished child in the Medecins Sans Frontieres Hospital in the Dagahaley refugee camp which makes up part of the giant Dadaab refugee settlement on July 22, 2011 in Dadaab, Kenya. The refugee camp at Dadaab, located close to the Kenyan border with Somalia, was originally designed in the early 1990s to accommodate 90,000 people but the UN estimates over 4 times as many reside there. The ongoing civil war in Somalia and the worst drought to affect the Horn of Africa in six decades has resulted in an estimated 12 million people whose lives are threatened. (Photo by Oli Scarff/Getty Images)