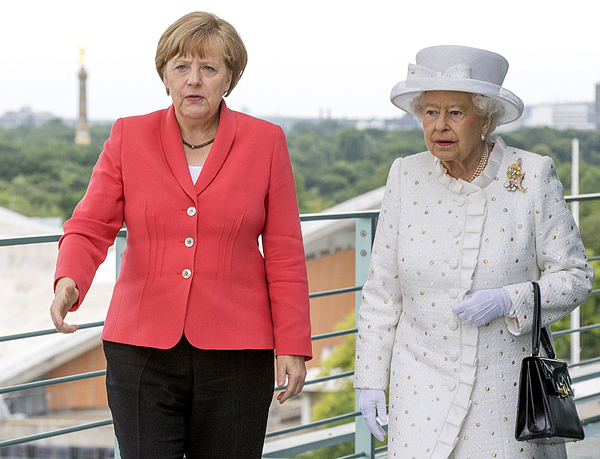 BERLIN, GERMANY - JUNE 24: German Chancellor Angela Merkel welcomes Queen Elizabeth II upon her arrival at the Federal Chancellery on the second of the royal couple's four-day visit to Germany on June 24, 2015 in Berlin, Germany. The Queen and Prince Philip are scheduled to visit Berlin, Frankfurt and the concentration camp memorial at Bergen-Belsen during their trip, which is their first to Germany since 2004. (Photo by Ian Jones - Pool /Getty Images)