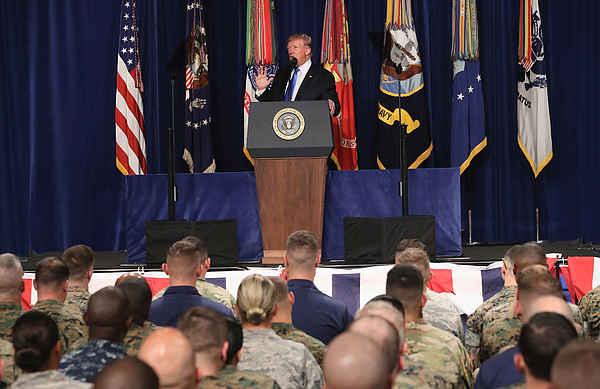 ARLINGTON, VA - AUGUST 21: U.S. President Donald Trump delivers remarks on Americas military involvement in Afghanistan at the Fort Myer military base on August 21, 2017 in Arlington, Virginia. Trump was expected to announce a modest increase in troop levels in Afghanistan, the result of a growing concern by the Pentagon over setbacks on the battlefield for the Afghan military against Taliban and al-Qaeda forces. (Photo by Mark Wilson/Getty Images)

There are no comments for President Trump Addresses The Nation On Strategy In Afghanistan And South Asia From Fort Myer In Arlington.   Click here to post the first comment.