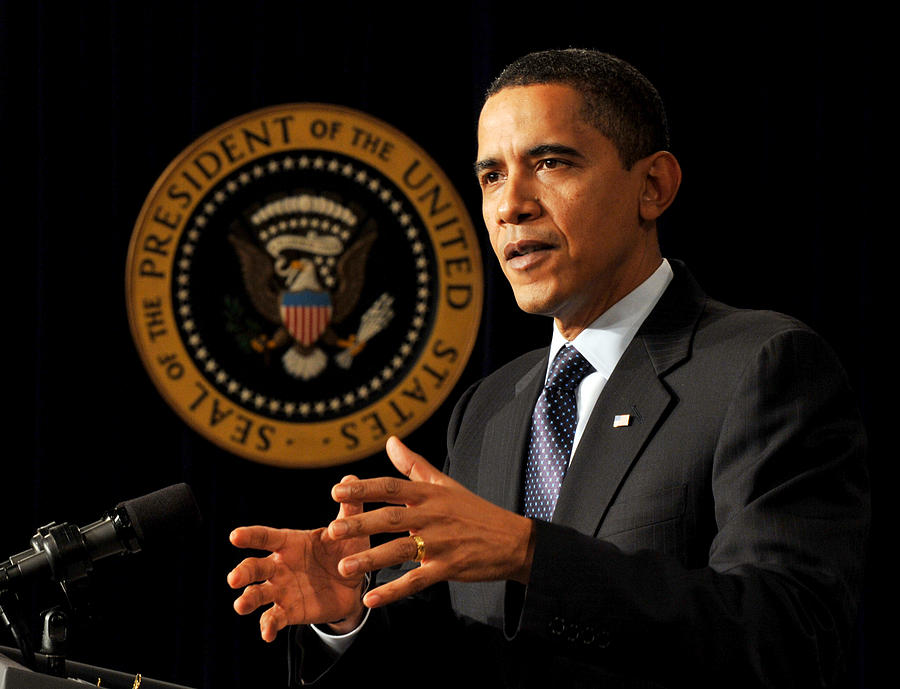 WASHINGTON - FEBRUARY 23: (AFP OUT) U.S. President Barack Obama speaks about his upcoming budget during the close of the Fiscal Responsibility Summit in the East Room at the White House February 23, 2009 in Washington, DC. Obama spoke about the FY 2010 Budget that will be released later this week. (Photo by Ron Sachs-Pool/Getty Images)