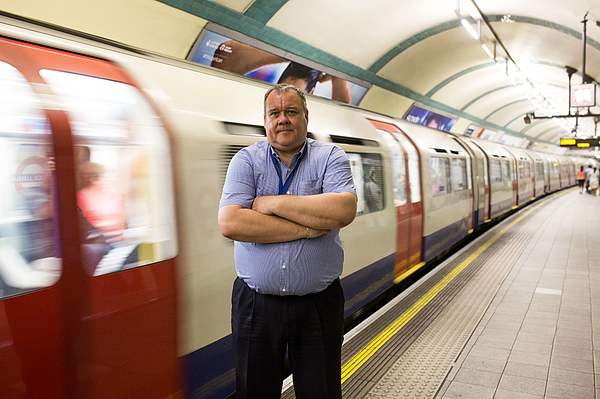 LONDON, ENGLAND - JUNE 19: Special Instruction ** Picture Only To Be Used In Conjunction With 7/7**
Gary Stevens, Access Manager for London Underground, poses for a portrait at Russell Square Underground Station on July 1, 2015 in London, England. Gary was station manager at Russell Square Underground Station on the day. His abiding memory is "The badness and the goodness that humanity brought to London on 7/7; the badness being the bombs that went off and the goodness being the Russell Square station staff who far exceeded what was expected of them on the day." Emergency services first responders pose for portraits ahead of the tenth anniversary of the 7/7 bombings, when four suicide bombers struck transport system in central London on Thursday 7 July 2005, killing 52 people and injuring more than 770 in simultaneous attacks. (Photo by Rob Stothard/Getty Images)