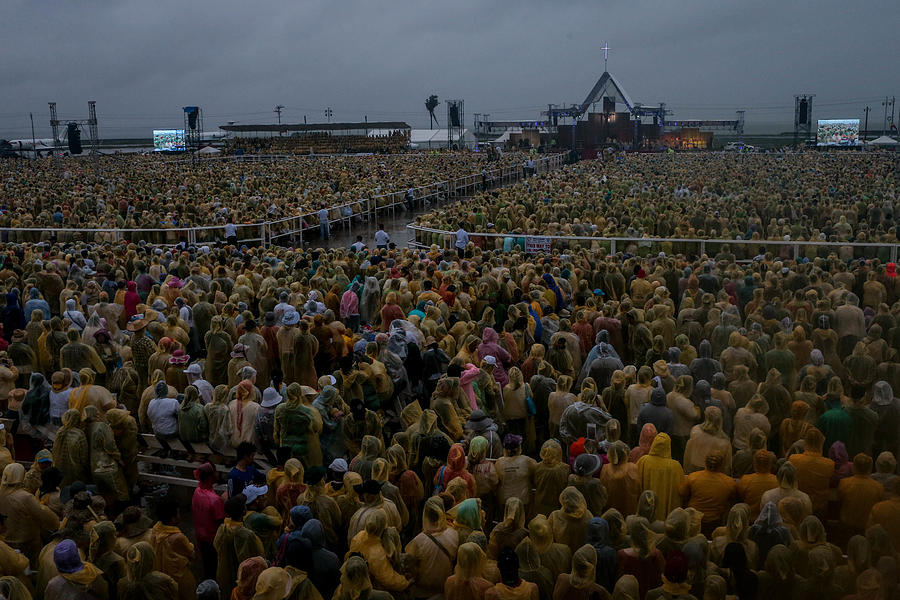 MANILA, PHILIPPINES - JANUARY 17: Pope Francis conducts a mass at the Tacloban Airport on January 17, 2015 in Tacloban, Leyte, Philippines. Pope Francis is visiting venues across Leyte and Manila during his visit to the Philippines from January 15 - 19. The visit is attracting crowds in the millions as Filipino Catholics flock to catch a glimpse of the leader of the Catholic Church in the Philippines for the first time since 1995. The Pope is in Tacloban for one day to visit areas devastated by Typhoon Haiyan before returning to Manila to hold a mass at Rizal Park. The Philippines is the only Catholic majority nation in Asia with around 90 percent of the population professing the faith. (Photo by Chris McGrath/Getty Images)