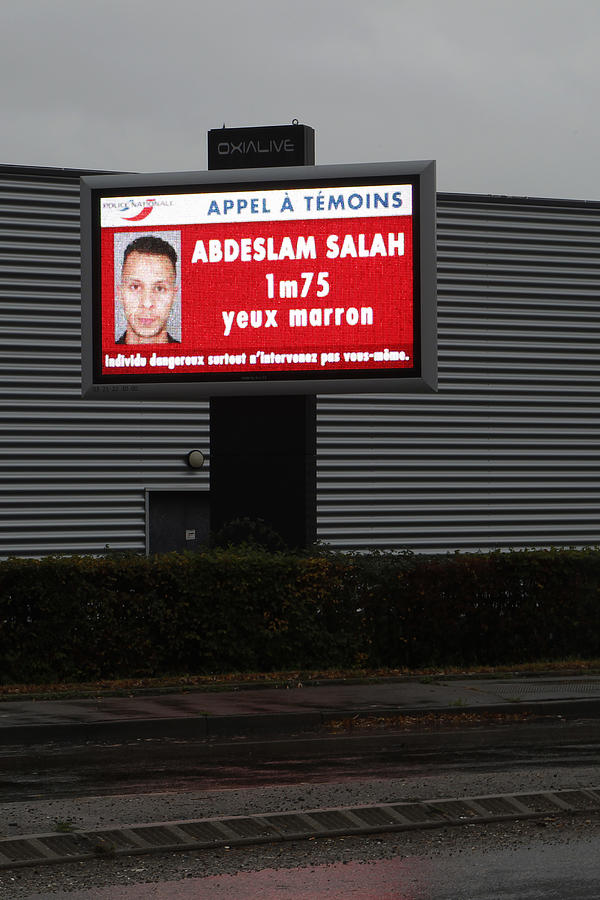 MULHOUSE, FRANCE - NOVEMBER 20: A billboard placed beside a roundabout not far from the German-French borders shows a "Wanted" photo of the Belgian citizen Salah Abdeslam who is suspected by the French police to have participated in the terrorist attack in Paris last week on November 20, 2015 in Mulhouse, France. (Photo by Michele Tantussi/Getty Images)