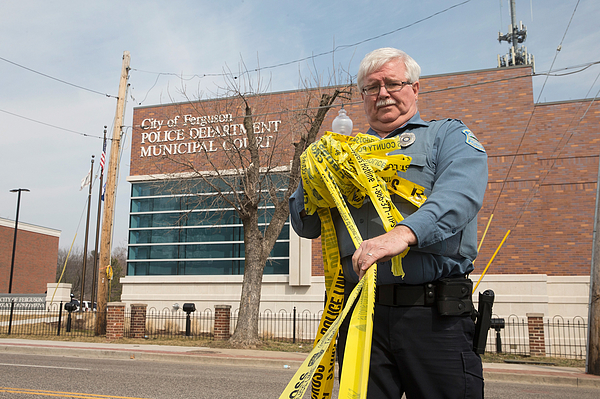 FERGUSON, MO - MARCH 12: A police officer removes crime scene tape from outside the police station following an investigation of the area after two officers were shot and wounded during last night's protest on March 12, 2015 in Ferguson, Missouri. Demonstrators had gathered outside the station to celebrate and protest after learning the city's police chief would be stepping down following the release of a Justice Department report that disparaged the department. Ferguson has faced many violent protests since the August shooting death of Michael Brown by a Ferguson police officer. (Photo by Scott Olson/Getty Images)