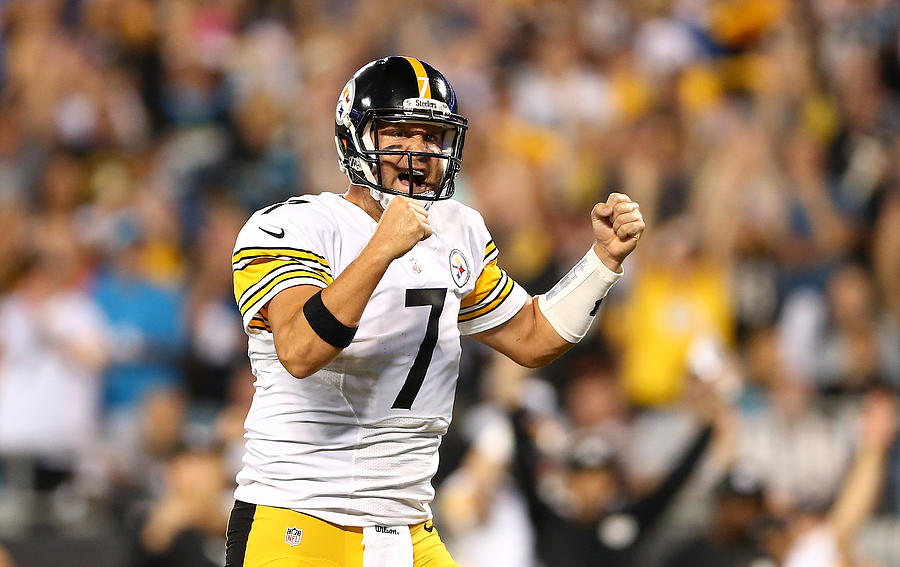 CHARLOTTE, NC - SEPTEMBER 21: Ben Roethlisberger #7 of the Pittsburgh Steelers reacts after a touchdown in the first half during the game against the Carolina Panthers at Bank of America Stadium on September 21, 2014 in Charlotte, North Carolina. The touchdown was later overturned. (Photo by Streeter Lecka/Getty Images)