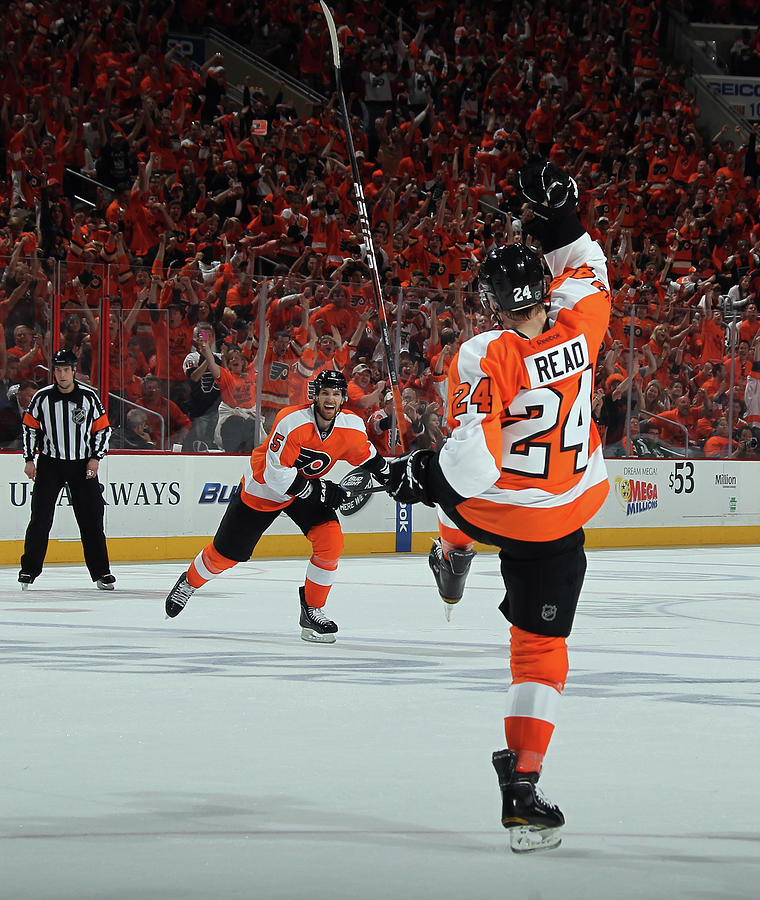 PHILADELPHIA, PA - APRIL 15: Matt Read #24 of the Philadelphia Flyers celebrates his powerplay goal at 14:18 of the second period against the Pittsburgh Penguins along with Braydon Coburn #5 in Game Three of the Eastern Conference Quarterfinals during the 2012 NHL Stanley Cup Playoffs at Wells Fargo Center on April 15, 2012 in Philadelphia, Pennsylvania. (Photo by Bruce Bennett/Getty Images)