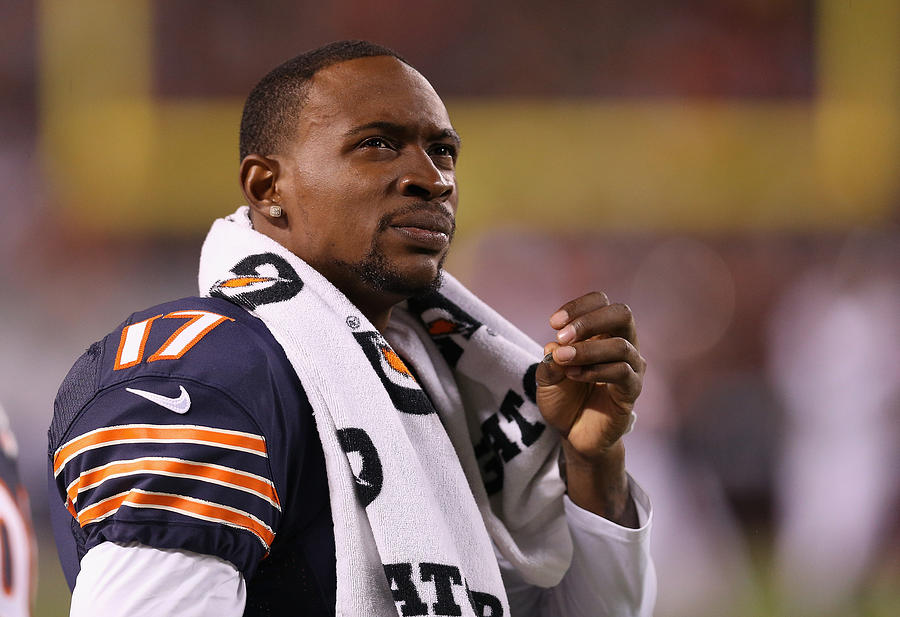 CHICAGO, IL - AUGUST 08: Alshon Jeffery #17 of the Chicago Bears stands on the sidelines during a preseason game against the Philadelphia Eagles at Soldier Field on August 8, 2014 in Chicago, Illinois. The Bears defeated the Eagles 34-28. (Photo by Jonathan Daniel/Getty Images)