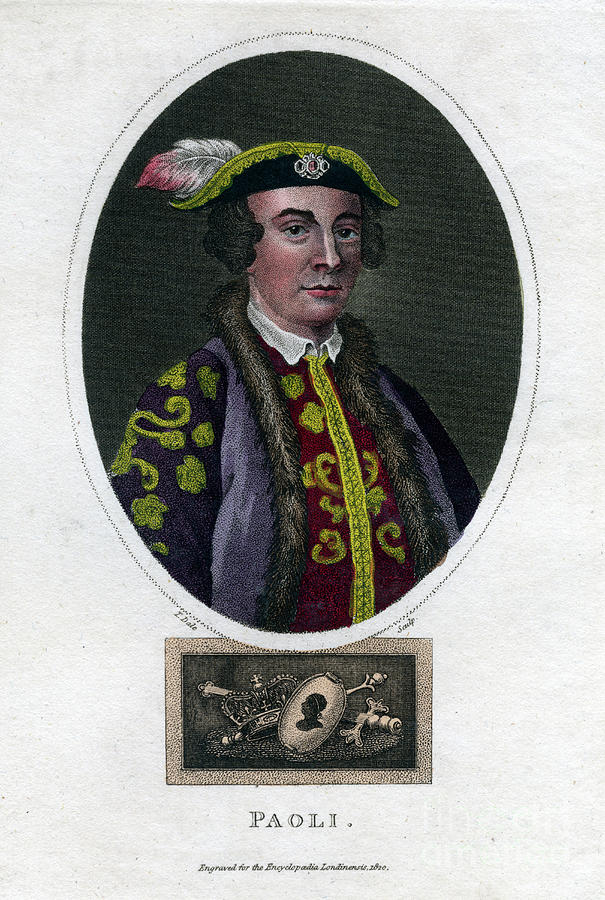 Pascal Paoli, 18th century Corsican general and patriot, (1820). Paoli (1725-1807) became the leader of the Republic of Corsica when it declared itself independent in 1755. The republic's constitution was the first to be drawn up under the principles of the Enlightenment, making Corsica the first democratic republic of the modern era. Paoli fought to drive the island's previous rulers, the Genoese, out of Corsica. The Genoese, believing that they would be unable to reconquer it, sold their rights to the island to France. The French invaded in 1768 and after a year's struggle against numerically superior forces, Paoli was forced to flee into exile. He was an inspiration to the French Revolutionaries of 1789 and was celebrated as a hero when invited to appear before the National Constituent Assembly in Paris before being sent back to Corsica with the rank of Lieutenant-General. However in 1793 the National Convention accused Paoli of treason. Corsica seceded from France with Paoli as president and invited Britain to take sovereignty over the island. The offer was not taken up however and Paoli was forced into exile again with Corsica re-incorporated into France. (Photo by The Print Collector/Print Collector/Getty Images)