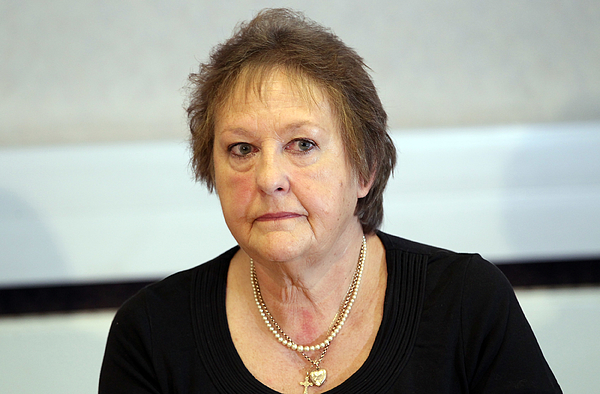 BATH, ENGLAND - OCTOBER 05: Melanie Hall's mother Pat Hall speaks at a press conference at Bath police station appealing for information about her daughter's murder, one year on from when her remains were found besides the M5 motorway in South Gloucestershire, on October 5, 2010 in Bath, England. Hospital worker, Miss Hall, 25, went missing following a night out in Bath in June 1996. Nobody to date has been charged with her murder. (Photo by Matt Cardy/Getty Images)

There are no comments for Parents of Melanie Hall Appeal For Information One Year On From The Discovery of Daughter's Remains.   Click here to post the first comment.