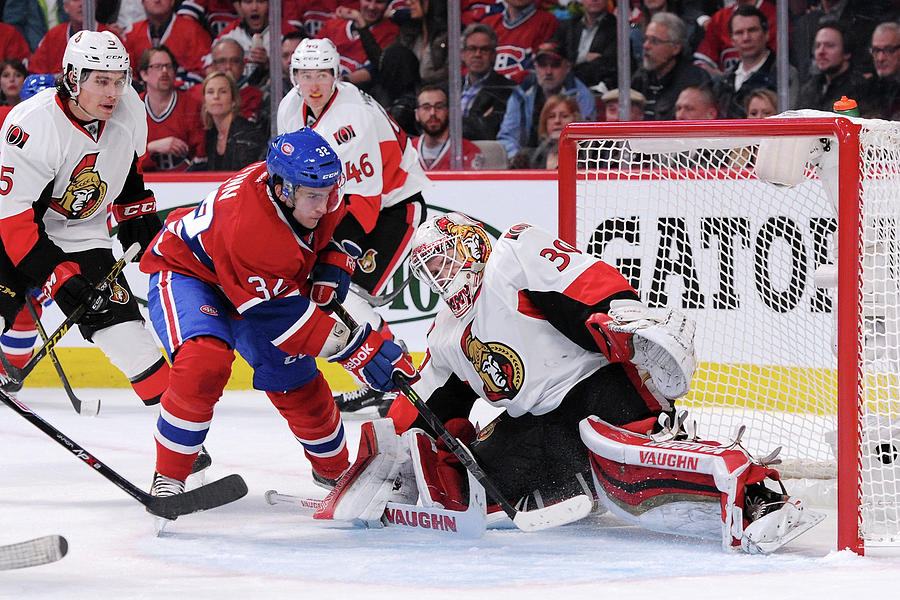 MONTREAL, QC - APRIL 15: Brian Flynn #32 of the Montreal Canadiens shoots the puck past Andrew Hammond #30 of the Ottawa Senators to score in Game One of the Eastern Conference Quarterfinals during the 2015 NHL Stanley Cup Playoffs at the Bell Centre on April 15, 2015 in Montreal, Quebec, Canada. The Canadiens defeated the Senators 4-3. (Photo by Richard Wolowicz/Getty Images)