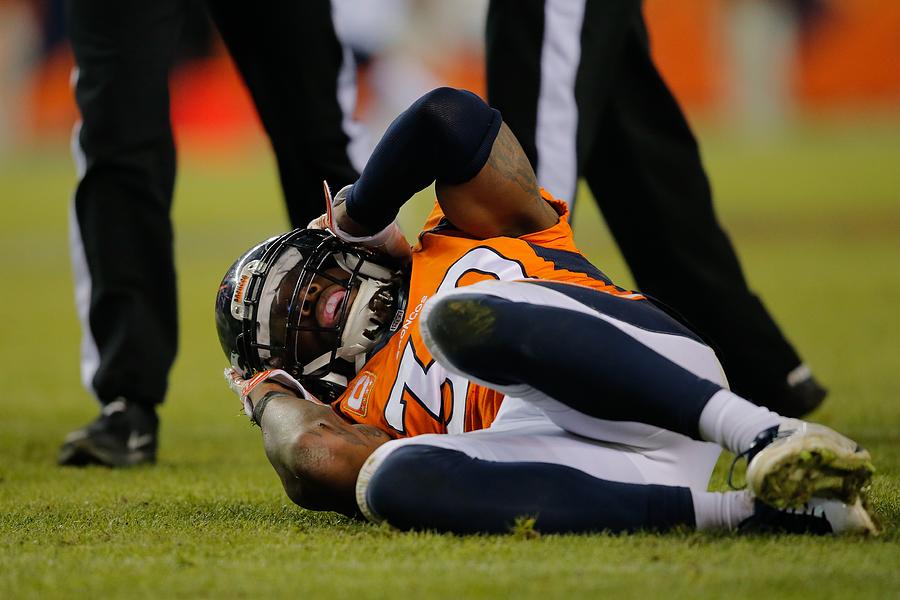 DENVER, CO - DECEMBER 28: Strong safety David Bruton #30 of the Denver Broncos lies on the ground in pain after a play that would force him out of the game with a reported concussion during a game against the Oakland Raiders at Sports Authority Field at Mile High on December 28, 2014 in Denver, Colorado. (Photo by Doug Pensinger/Getty Images)