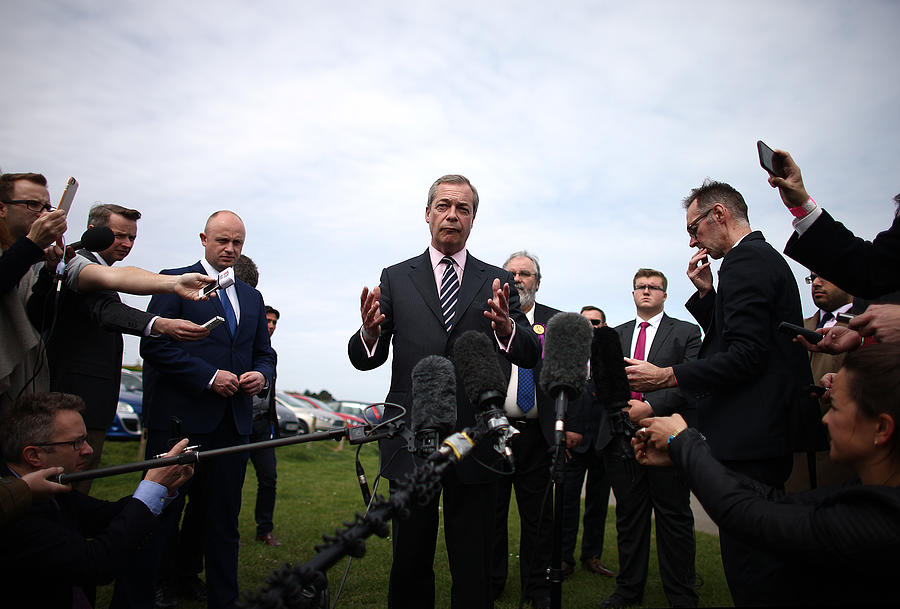 BROADSTAIRS, ENGLAND - MAY 08: UKIP leader Nigel Farage speaks during a press conference in which he announced his resignation after failing to win the South Thanet constituency on May 8, 2015 in Broadstairs, England. After the United Kingdom went to the polls yesterday the Conservative party are confirmed as the winners of a closely fought general election which has returned David Cameron as Prime Minister with a slender majority for his party. (Photo by Carl Court/Getty Images)