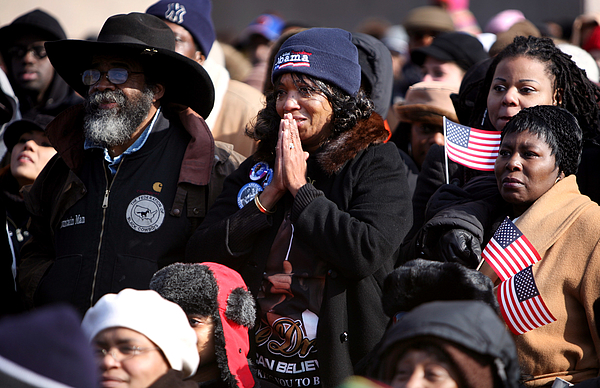 NEW YORK - JANUARY 20: A large crowd watches the inauguration of Barack Obama as the 44th president of the United States on a large screen in the neighborhood of Harlem January 20, 2009 in New York City. Obama was inaugurated as the first African-American president of the U.S. (Photo by Rick Gershon/Getty Images)