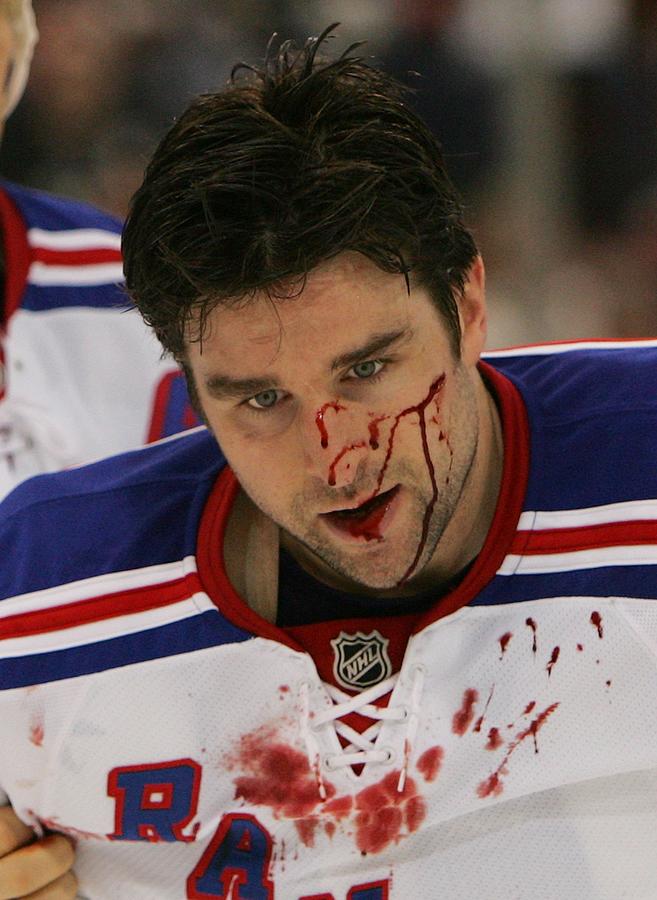 PITTSBURGH - MAY 04: Chris Drury #23 of the New York Rangers leaves the ice after being injured against the Pittsburgh Penguins during game five of the Eastern Conference Semifinals of the 2008 NHL Stanley Cup Playoffs on May 4, 2008 at the Mellon Arena in Pittsburgh, Pennsylvania. (Photo by Bruce Bennett/Getty Images)