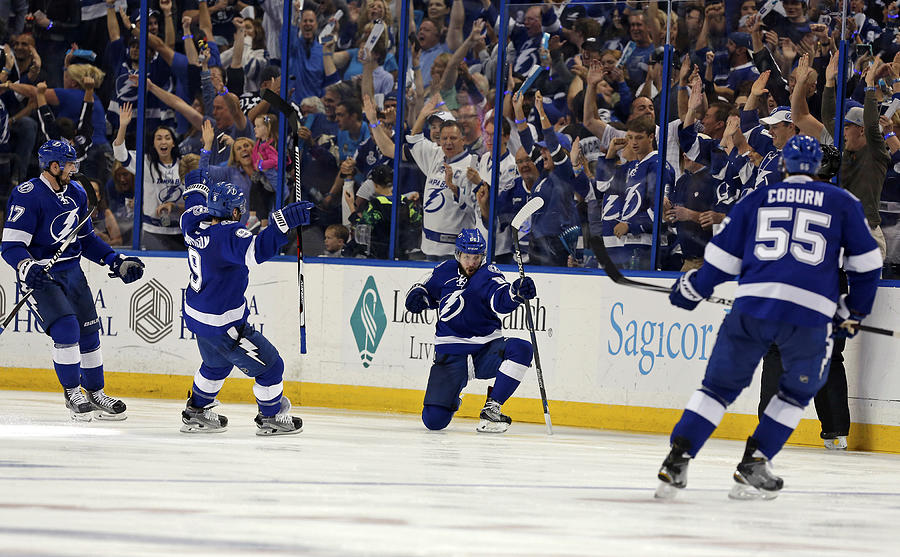 TAMPA, FL - MAY 8: Nikita Kucherov #86 of the Tampa Bay Lightning celebrates his goal against the New York Islanders with Alex Killorn #17, Tyler Johnson #9 and Braydon Coburn #55 during the third period of Game Five of the Eastern Conference Second Round during the 2016 NHL Stanley Cup Playoffs at Amalie Arena on May 8, 2016 in Tampa, Florida. (Photo by Mike Carlson/Getty Images)