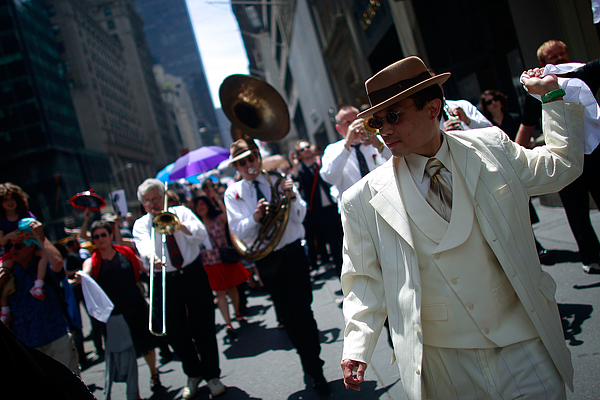 NEW YORK - MAY 22: People march in a New Orleans-style second line parade up Fifth Avenue to honor legendary Lindy Hop dancer Frankie Manning May 22, 2009 in New York City. Lindy Hop is an acrobatic swing dance style of the 1930s and 1940s that became popular in Harlem, where Manning was its most celebrated pioneer. More than 2,000 Lindy Hoppers from around the world are gathered in New York to celebrate Manning's life and mark what would have been his 95th birthday as he passed away prior this year on April 27. (Photo by Mario Tama/Getty Images)