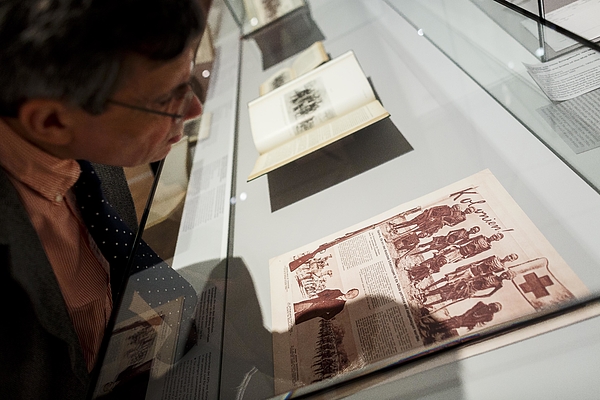 BERLIN, GERMANY - OCTOBER 13: A visitor looks at exhibits related to the Herero Massacre during a press preview of the new exhibition: "German Colonialism. Fragments Of Its History And Present" at the German Historical Museum (Deutsches Historisches Museum) on October 13, 2016 in Berlin, Germany. The exhibition, with 500 exhibits, examines Germany's colonial empire that existed from 1884 until 1918 and included territories in central, eastern and southern Africa as well as China and islands in the Pacific. In recent years Germany has officially apologized for massacres committed by German colonial forces against the Herero and Nama tribes in what was then German South-West Africa, today Namibia. (Photo by Carsten Koall/Getty Images)