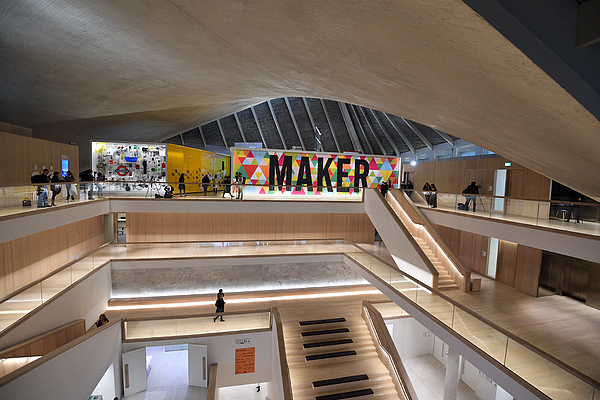 LONDON, ENGLAND - NOVEMBER 17: Visitors explore the new Design Museum during a media preview ahead of its official opening later this month, on November 17, 2016 in London, England. Following an investment of 83 million GBP, the Design Museum has moved from its old location to a new premises designed by John Pawson on Kensington High Street that is more than three times the size of the previous building. The original museum was founded by Terence Conran in 1989 and has grown in popularity since. (Photo by Carl Court/Getty Images)