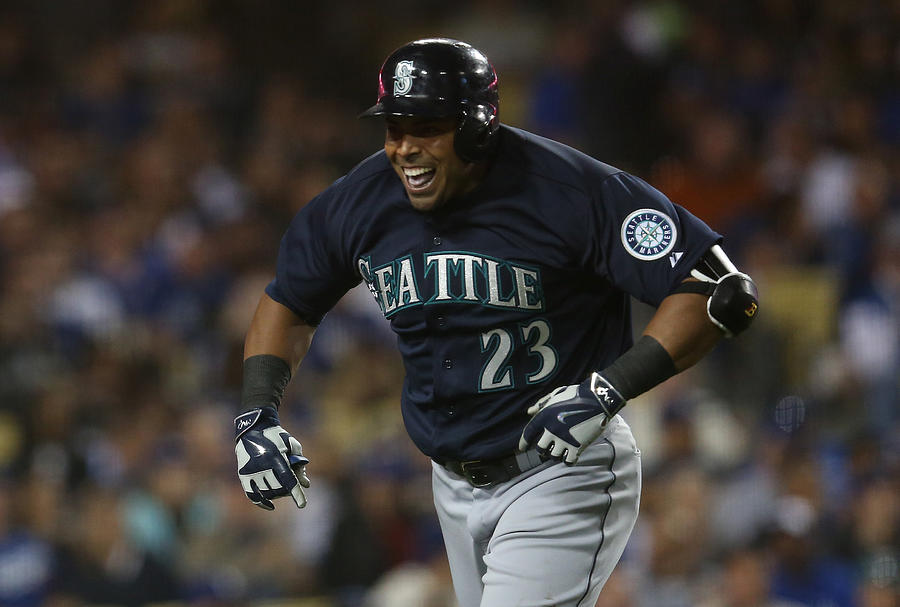 LOS ANGELES, CA - APRIL 13: Nelson Cruz #23 of the Seattle Mariners celebrates as he returns to the dugout after hitting his second home run of the game, in the fourth inning against the Los Angeles Dodgers at Dodger Stadium on April 13, 2015 in Los Angeles, California. (Photo by Stephen Dunn/Getty Images)