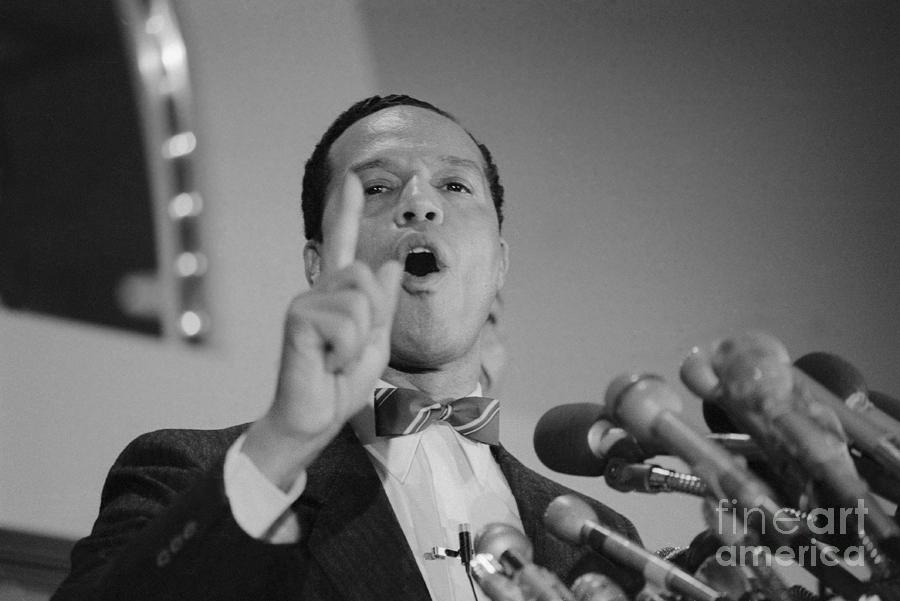 Nation of Islam leader Louis Farrakhan answers questions at his first press conference in 12 years. Farrakhan called Washington Post Milton Coleman, who is black, a Judas," for revealing that Jesse Jackson had used the words "Hymie" and "Hymietown" during a private conversation about Jews in New York City. Farrakhan said he welcomes an investigation as to whether he violated federal law and threatened Coleman.