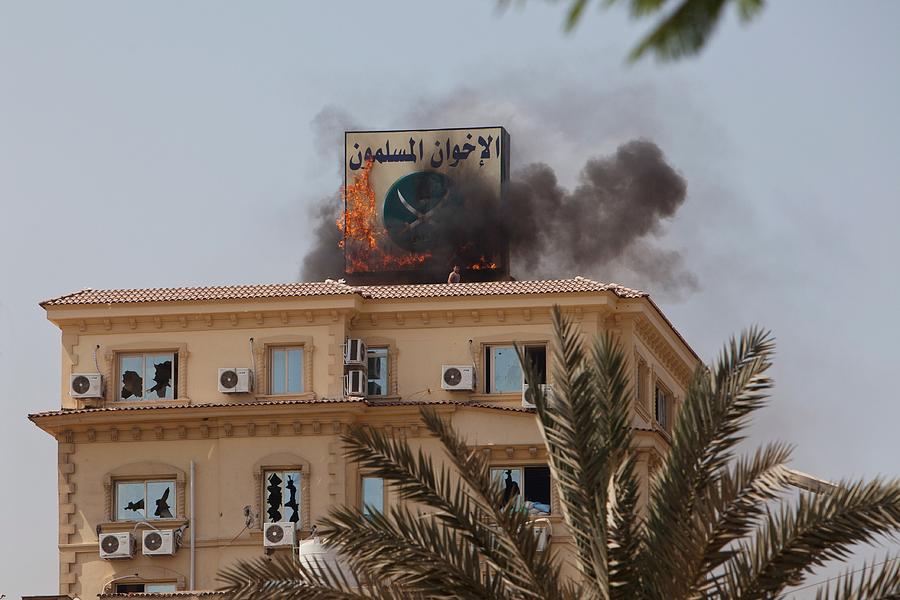 CAIRO, EGYPT - JULY 1: A sign showing the logo of the Muslim Brotherhood burns on the roof of the headquarters of Egypt's Muslim Brotherhood as protesters ransack the building in the suburb of Muqattam on July 1, 2013 in Cairo, Egypt. Clashes involving gunfire erupted at the headquarters of the Muslim Brotherhood late on June 30 and continued into the morning of July 1. Crowds of pro- and anti-government protesters gathered in locations across Egypt on June 30, the day of a series of nation-wide mass demonstrations entitled 'Tamarod', or 'Rebel'. The 'Tamarod' campaign, organised by a coalition of opposition political groups and planned to take place on the first anniversary of Egyptian President Mohammed Morsi's election to the country's Presidency, aims to bring down the government of President Morsi through country-wide demonstrations. (Photo by Ed Giles/Getty Images).