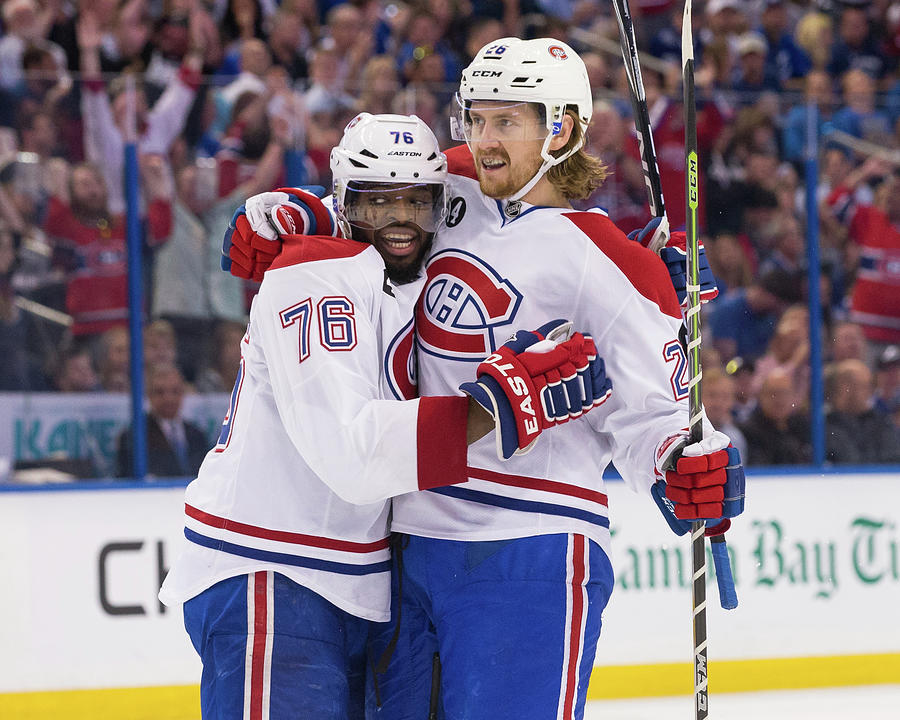 TAMPA, FL - May 7: P.K. Subban #76 and Jeff Petry #26 of the Montreal Canadiens celebrate a goal against the Tampa Bay Lightning during the second period in Game Four of the Eastern Conference Semifinals during the 2015 NHL Stanley Cup Playoffs at the Amalie Arena on May 7, 2015 in Tampa, Florida. (Photo by Scott Audette/NHLI via Getty Images)