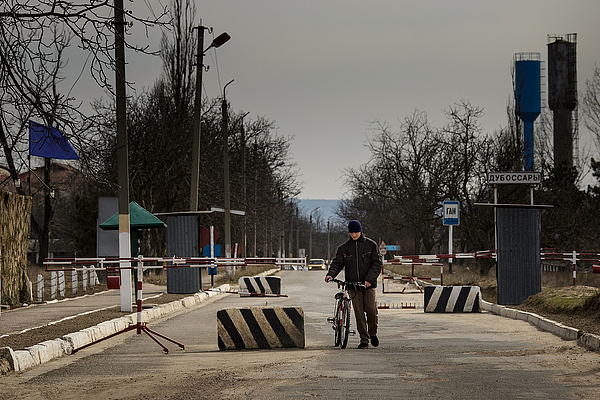 CHISINAU, MOLDOVA - MARCH 10: A man is crossing the border checkpoint from Transnistria to Moldova onMarch 10, 2015 in Corcieri, near Chisinau, Moldova. The village is located on the border with Transnistria. About 3.5 million inhabitants, the Republic of Moldova is a landlocked country between Ukraine and Romania. Recently won pro-European forces the election. Transnistria on the border with Ukraine declared its independence from Moldova in 1990 . The majority of the local population is Russian-speaking. For more than 20 years, Russian troops are stationed in Transnistria. (Photo by Carsten Koall/Getty Images)