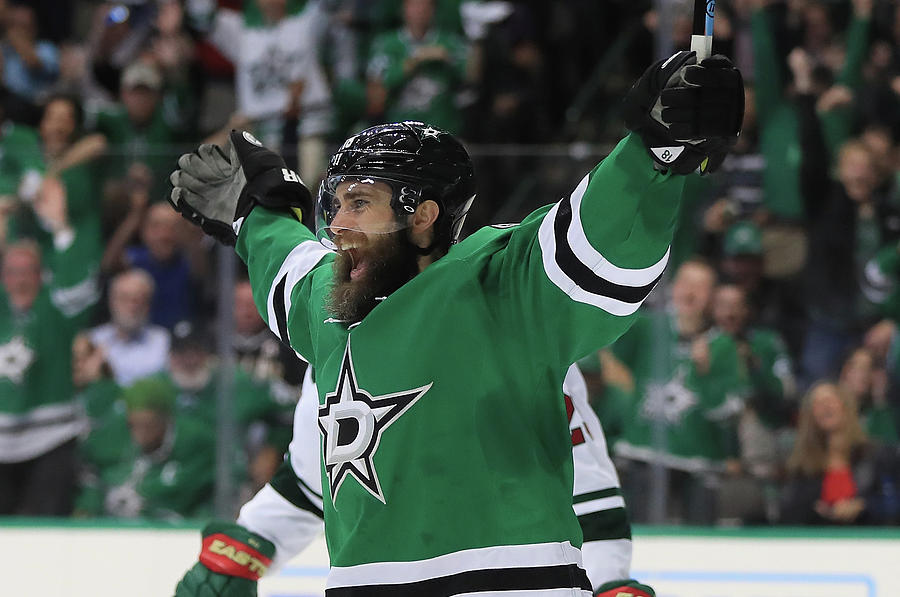 DALLAS, TX - APRIL 14: Patrick Eaves #18 of the Dallas Stars celebrates his goal against the Minnesota Wild in the third period in Game One of the Western Conference Quarterfinals during the 2016 NHL Stanley Cup Playoffs at American Airlines Center on April 14, 2016 in Dallas, Texas. (Photo by Ronald Martinez/Getty Images)