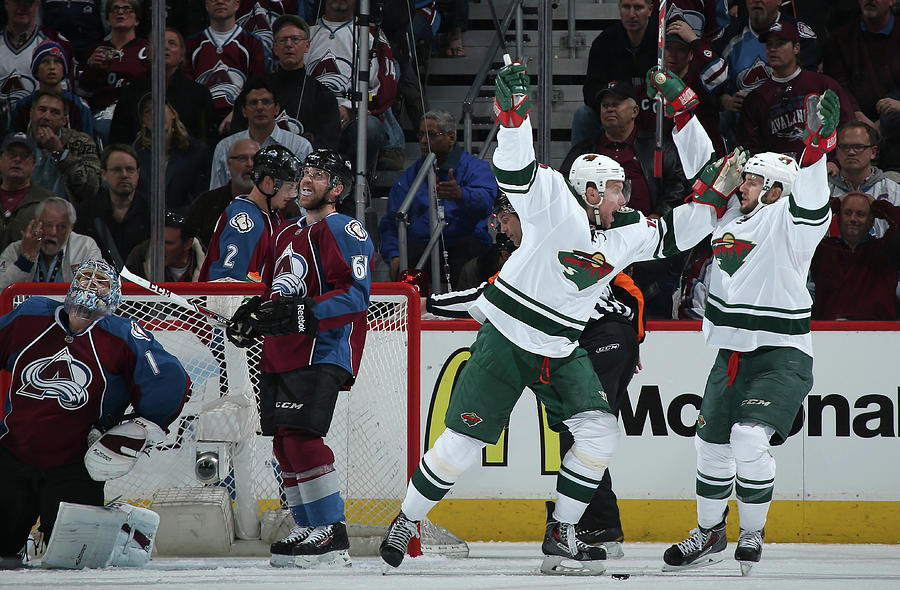 DENVER, CO - APRIL 30: Dany Heatley #15 of the Minnesota Wild celebrates his goal against goalie Semyon Varlamov #1 of the Colorado Avalanche to tie the score 2-2 in the second period of Game Seven of the First Round of the 2014 NHL Stanley Cup Playoffs at Pepsi Center on April 30, 2014 in Denver, Colorado. (Photo by Doug Pensinger/Getty Images)