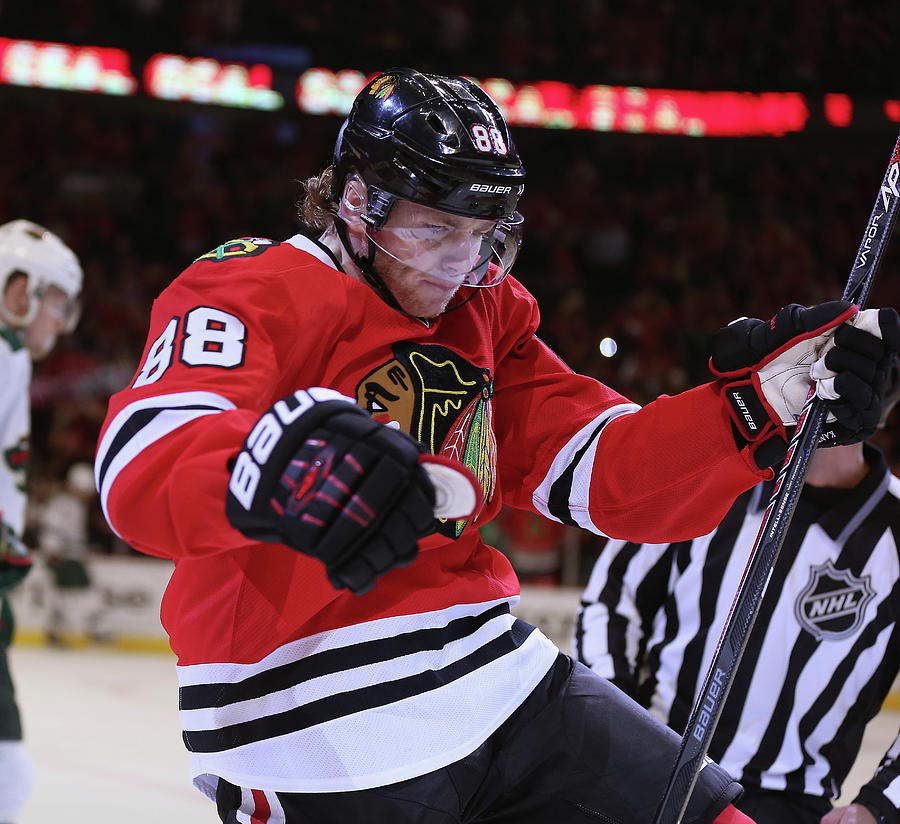 CHICAGO, IL - MAY 02: Patrick Kane #88 of the Chicago Blackhawks celebrates the first of his third period goals against the Minnesota Wild in Game One of the Second Round of the 2014 NHL Stanley Cup Playoffs at the United Center on May 2, 2014 in Chicago, Illinois. The Blackhawks defeated the Wild 5-2. (Photo by Jonathan Daniel/Getty Images)