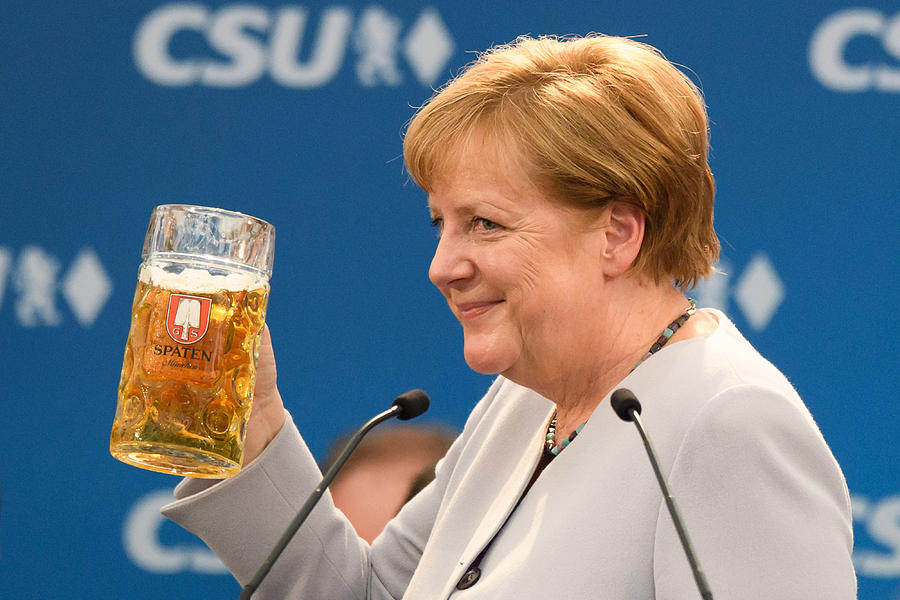 MUNICH, GERMANY - MAY 28: German Chancellor and Chairwoman of the German Christian Democrats (CDU) Angela Merkel holds a beer mug after her speech at the Trudering fest on May 28, 2017 in Munich, Germany. The CDU and CSU, along with the German Social Democrats (SPD), form the current German coalition government, though relations between Merkel and Seehofer have been complicated as the two have clashed over certain issues, especially immigration. (Photo by Sebastian Widmann/Getty Images)