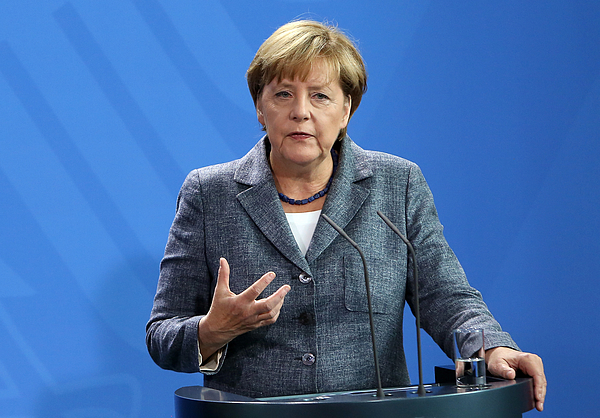 BERLIN, GERMANY - SEPTEMBER 15: German Chancellor Angela Merkel speaks to the media after talks on the ongoing refugee crisis, on September 15, 2015 in Berlin, Germany. After accepting record numbers of refugees over the Austrian border, Germany indefinitely closed the pass over the weekend, prompting other countries to do the same, as Austria deployed its military to prevent a further influx of asylum seekers. A record number of refugees, 7,437, had been recorded entering Hungary via Serbia on Monday, setting a new record up from the previous day. (Photo by Adam Berry/Getty Images)