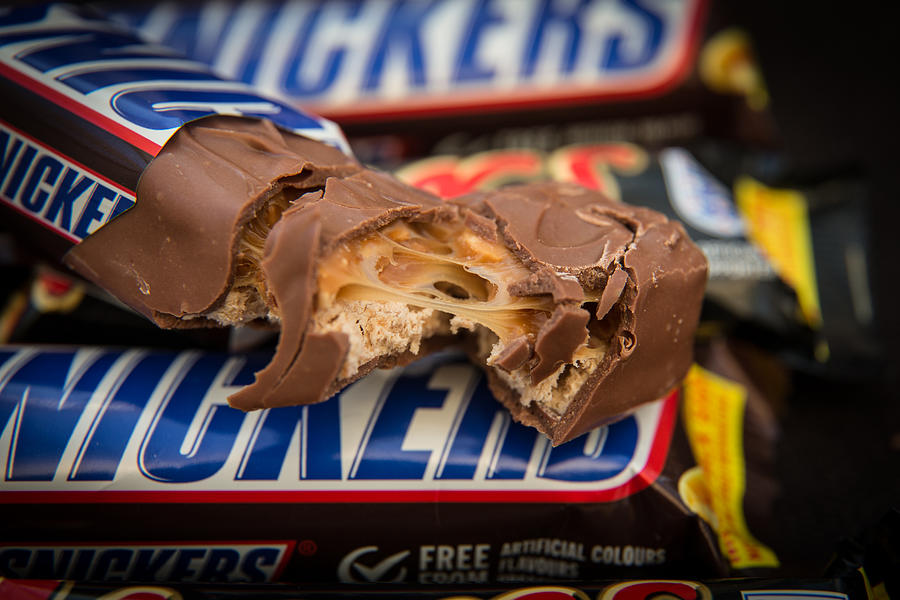 BRISTOL, UNITED KINGDOM - FEBRUARY 23: In this photo illustration Mars and Snickers chocolate bars are seen on February 23, 2016 in Bristol, England. The Mars company, which owns both brands, has announced a recall of chocolate products in 55 countries following the discovery of bits of plastic in a chocolate bar produced in one of the company's plants in Holland. (Photo by Matt Cardy/Getty Images)