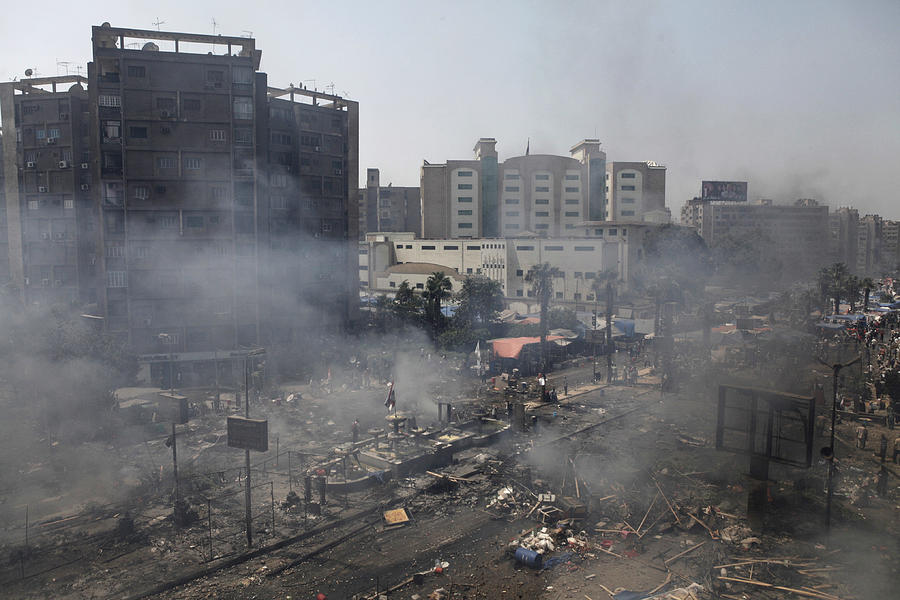 CAIRO, EGYPT - AUGUST 14: Plumes of smoke rise from the site of a protest in support of deposed Egyptian President Mohammed Morsi during a violent crackdown by Egyptian Security Forces on a pro-Morsi sit-in demonstration at the Rabaa al-Adweya Mosque in the Nasr City district on August 14, 2013 in Cairo, Egypt. An unknown number of pro-Morsi protesters were killed in Egypt's capital today as Egyptian Security Forces undertook a planned operation to clear Morsi supporters from two sit-in demonstrations in Cairo where they have camped for over one month. Egyptian Police and Army forces entered protest sites in the Nasr City and Giza districts at dawn using tear gas, live fire and bulldozers to disperse protesters and destroy the camps. A state of emergency has been declared in Egypt to begin this afternoon and will reportedly last for one month. (Photo by Ed Giles/Getty Images)