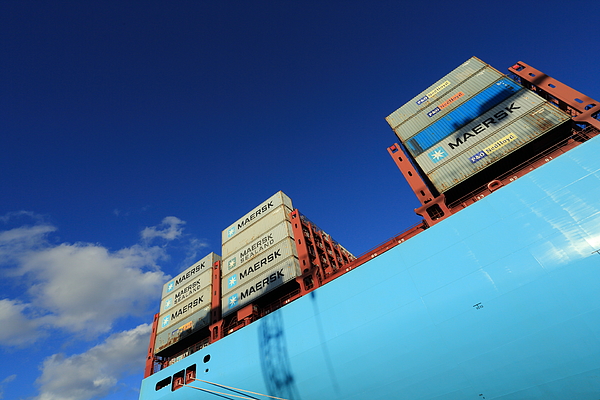 Copenhagen, Denmark - September 26, 2013: Maerks Triple-E Container ship Majestic MA|rsk on display on the prominent Langelinie Quay in the very center of Copenhagen Denmark. She was named Majestic Maersk by Her Royal Highness Mary the crown princess of Denmark.Some 40,000 people visits the ship during her week in the harbour of Copenhagen.Majestic Maersk is the second of 20 ordered container ships of the TRIPLE-E class. In 2013 the largest ships of any kind in operation.The Triple-E class ships are 400 meters long, and carries 18,000 TEU containers between China and Europe.Maersk, Headquartered in Copenhagen - Denmark, is the biggest Container Shipping company in the world.