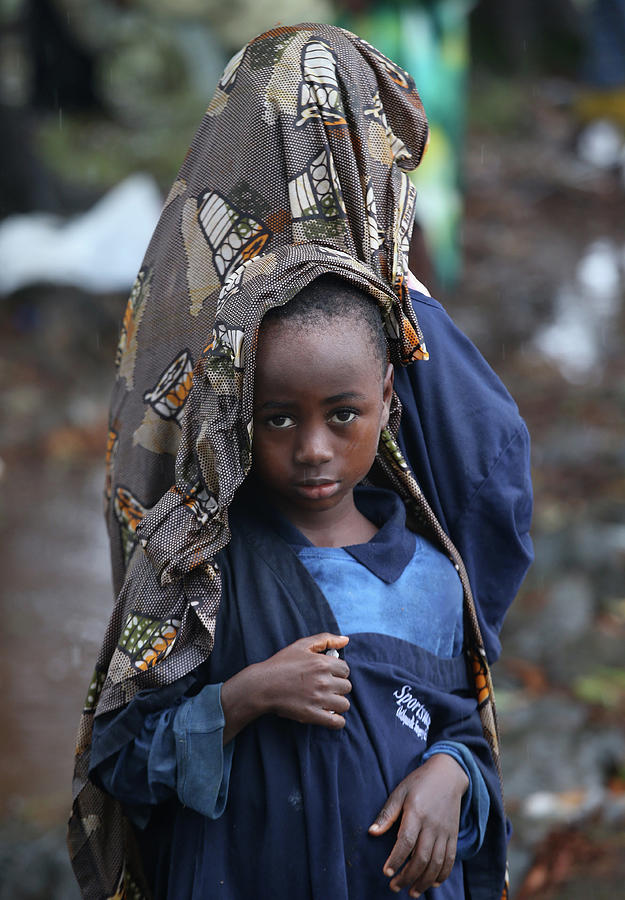 MONROVIA, LIBERIA - AUGUST 17: Elija Siafa, 6, stands in the rain with his sister Josephine, 10, while waiting outside the new Doctors Without Borders (MSF), Ebola treatment center on August 17, 2014 in Monrovia, Liberia. The newly built facility will initially have 120 beds, making it the largest such facility for Ebola treatment and isolation in history and MSF plans to expand it to a 350-bed capacity. The virus has killed more than 1,000 people in four African countries, and Liberia now has had more deaths than any other country. (Photo by John Moore/Getty Images)