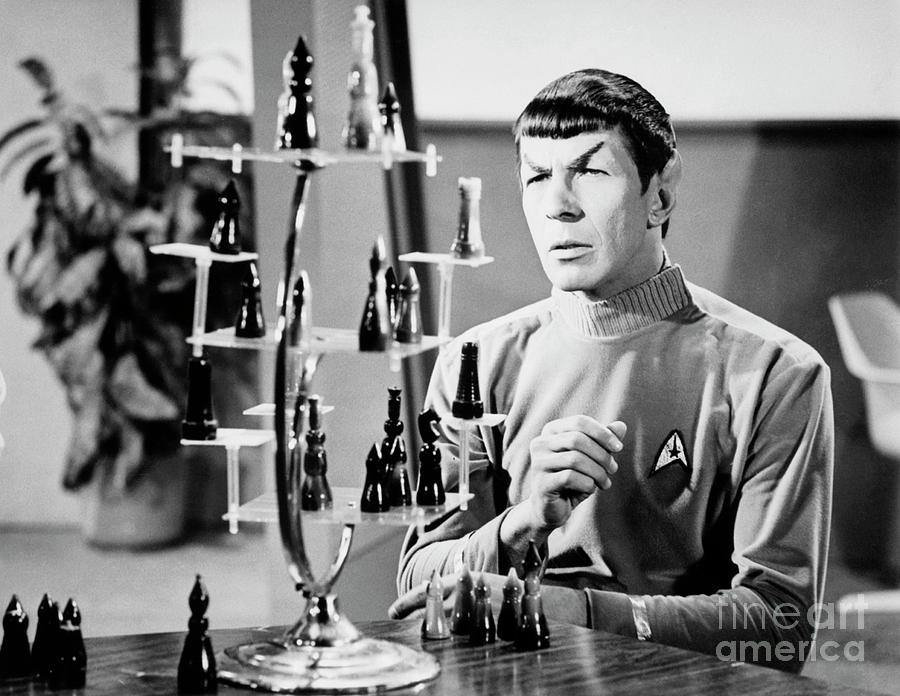 Leonard Nimoy in his role as Mr. Spock, the logical, pointed-eared First Officer from the planet Vulcan of the starship Enterprise, on the TV series "Star Trek", in a publicity shot. The thing in front of him is a 3-d chess game. After becoming more popular in reruns after cancellation, "Star Trek" earned a place in American popular culture.