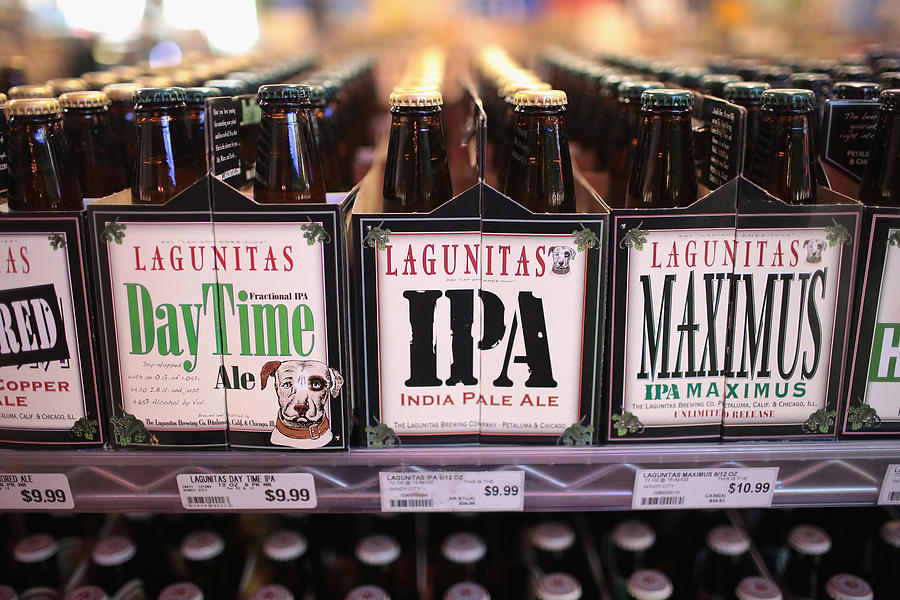 CHICAGO, IL - MAY 04: Lagunitas beer is offered for sale on May 4, 2017 in Chicago, Illinois. Heineken announced today that it had acquired the remaining 50 percent stake in Lagunitas Brewing Company. Heineken already owned a 50% of the company which it purchased in 2015. Lagunitas has breweries in Petaluma, California, and Chicago. Heineken, the world's second largest brewer, has over 165 breweries in more than 70 countries. (Photo by Scott Olson/Getty Images)