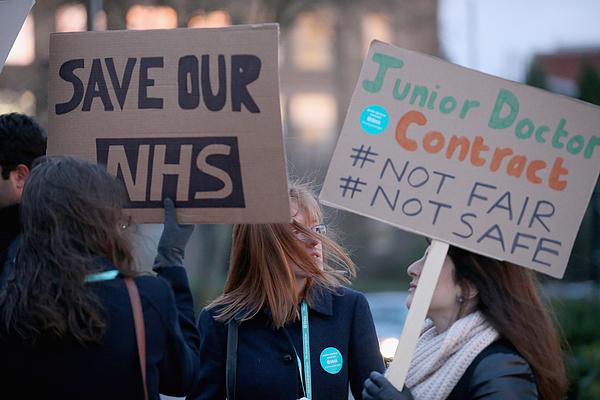 BIRMINGHAM, UNITED KINGDOM - JANUARY 12: Junior Doctors picket outside The Queen Elizabeth Hospital in Birmingham as they and other doctors stage a 24-hour strike across the NHS on January 12, 2016 in Birmingham, United Kingdom. Doctors are in dispute with the government over new contracts and are only providing emergency cover during the 24-hour walkout. (Photo by Christopher Furlong/Getty Images)