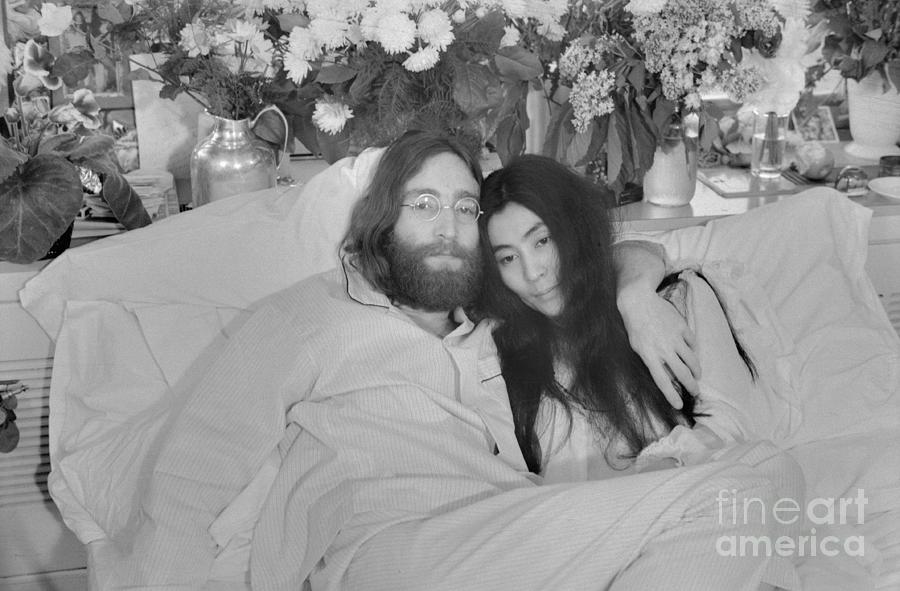 (Original Caption) Yoko and John...Beatle John Lennon and Yoko Ono, his bride of three months at the time this photo was made in Montreal in June 1969, pose in bed. His first solo album at the time featured songs telling of his love for Yoko. They held, in bed, press conferences in several cities with the theme, "make love, not war." Lennon was shot to death December 8, 1980. In a statement December 9th, Miss Ono said, "There is no funeral for John. Later in the week we will set the time for silent vigil to pray for his soul. We invite you to participate from wherever you are at the time."