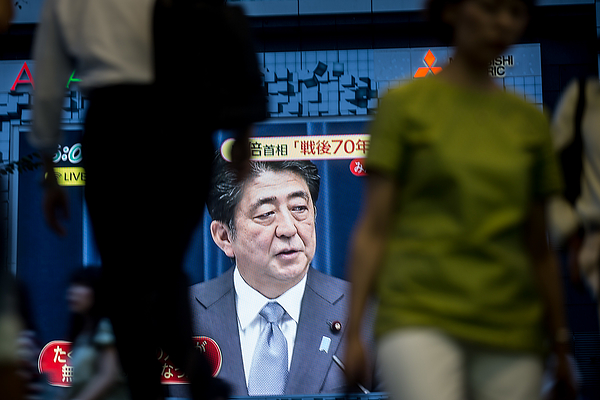 TOKYO, JAPAN - AUGUST 14: Pedestrians enter a train station in front of a big screen showing a live broadcast of Japanese Prime Minister,Shinzo Abe as he delivers his WWII Anniversary Statement on August 14, 2015 in Tokyo, Japan. Japanese Prime Minister Abe delivered a war anniversary statement ahead of the anniversary of Japan's defeat in the second world war. The statement included such keywords as "apology from the heart," "colonial rule," and "aggression." (Photo by Chris McGrath/Getty Images)