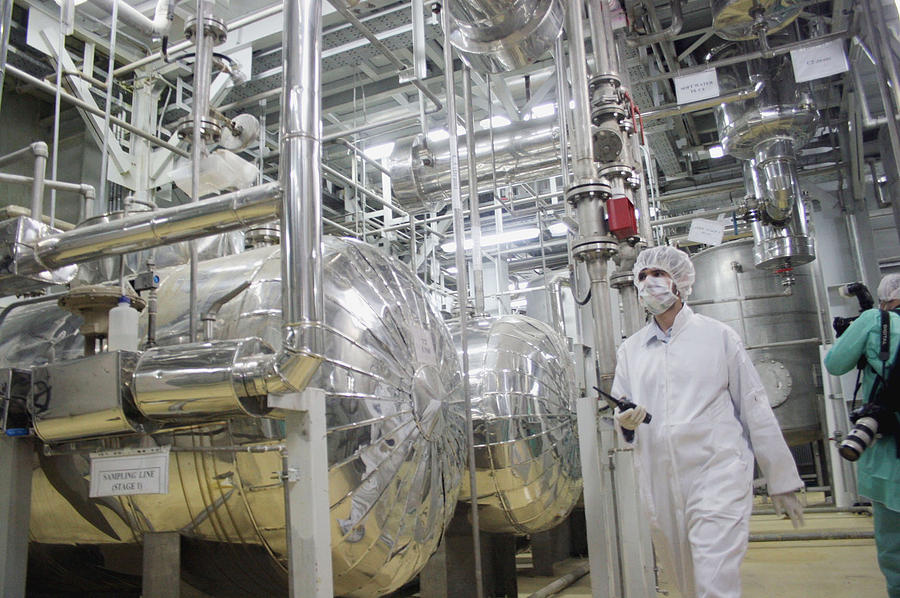 ISFAHAN, IRAN - MARCH 30: A worker walks inside of an uranium conversion facility March 30, 2005 just outside the city of Isfahan, about 254 miles (410 kilometers), south of capital Tehran, Iran. The cities of Isfahan and Natanz in central Iran are home to the heart of Iran's nuclear program. The facility in Isfahan makes hexaflouride gas, which is then enriched by feeding it into centrifuges at a facility in Natanz, Iran. Iran's President Mohammad Khatami and the head of Iran's Atomic Energy Organisation Gholamreza Aghazadeh is scheduled to visit the facilities. (Photo by Getty Images)